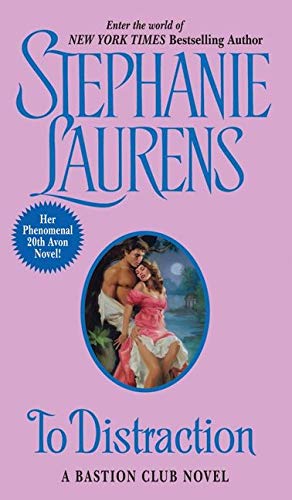 Yet another brave member of the Bastion Club—a small band of wealthy, eligible gentlemen sworn to protect each other from the "marauding mamas" of London society—falls for an unconventional woman in the winning fifth novel of Laurens's Regency series. A former spy for the Crown, Jocelyn Deverell, Viscount Paignton, is in need of an heir, and for that he will need a wife. His aunt has just the match in Phoebe Malleson, her spirited, ruby-haired goddaughter. Unfortunately, Phoebe has no desire to marry, no matter how much Deverell might tempt her, having learned long ago to distrust men. Besides, Phoebe is busy with a secret crusade to rescue abused servants from wealthy households, a campaign she knows no man from the would support. Undaunted, Deverell undertakes his most delicate mission yet, beginning a slow seduction that he hopes will win Phoebe's trust and, ultimately, her heart. When young female servants begin disappearing—apparently kidnapped—Phoebe finds herself caught in a deadly standoff with powerful criminals and must turn to Deverell. Though characters and language may ring familiar, Laurens introduces an enticing villain who promises to return, bringing the series some needed fresh air. Aptly titled, Laurens's latest generates enough heat to make you forget about sticky summertime weather.