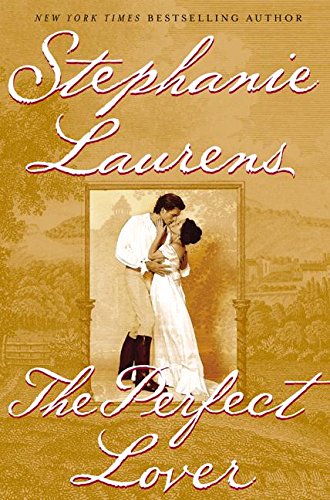 A genteel party in England in 1835 becomes the setting for romance and a dash of violence as prolific romance author Laurens () makes her hardcover debut, the 10th entry in a series about the arrogant Cynster males. Portia Ashford has one goal in mind as she accompanies her eccentric mentor, Lady Osbaldestone, to Glossup Hall in Dorset. Portia wants children, and has reluctantly accepted that she must marry in order to have them. She is determined to learn as much as possible about men, with an eye to choosing one. Also seeking a spouse at the gathering is a man whom she's detested since childhood, the self-satisfied Simon Cynster. He playfully tutors her on the subject of men while hiding his true intent, and he soon progresses far beyond the bounds of propriety. Portia plays along, unconcerned about pregnancy or social ostracism. When they're not thus frolicking, the couple glower disapprovingly at their married hostess, Kitty Glossup, who flings herself at male guests and a gardener or two. Half way through the book, Portia stumbles over Kitty's corpse and finds that she, too, is a target. Simon and Portia help a police inspector plan a scheme that causes further jeopardy for Portia, then a rousing conclusion and matrimonial bliss—no surprise, given there was never any serious obstacle between the young lovers. As with Laurens's earlier titles, the generous doses of erotica will appeal to devotees of romantic suspense.