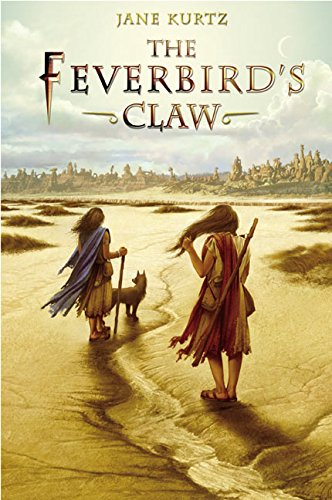 This fantasy may be slow-moving, but at the end, Kurtz ( ) rewards readers with simple yet profound insights about the workings of societies. As the novel opens, a young trainee in the fighting yard of the ancient Delagua City is hooded in a cloak to conceal that she is a girl. It is the eve of her entrance into temple service with her "awa clan" (other girls of her age), but what transpires there remains a mystery. During an errand in preparation for the celebrations, Moralin slips through a trapdoor and out of her walled city into a seemingly less civilized world. She is captured and must travel with the Arkera, an age-old enemy of her people. Along her journey, she befriends a boy named Song-maker, a translator whose people believe the world belongs to everyone, and, eventually, her personal foe, the girl Figt, who has lost her brother to the Delagua. With the mystical guidance of a revered Great One, and her unusual physical strength, Moralin escapes. She and Figt find their way back to Delagua, only to uncover its dark secrets: rather than being chosen by the Great Ones, their city's outward treasures depend upon the toil of imprisoned girls to make its famed silk cloth. Avid readers of fantasy who stay with the measured storytelling will reap the payoff when, in the final pages, Moralin chooses her own path. Ages 10-up.