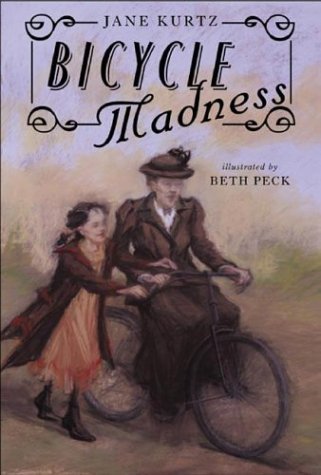 In this quiet novel set in 1893, narrator Lillie struggles to adjust to her mother's death, without much help from her busy father, older brother and unsympathetic housekeeper. At school her performance suffers, and her friendships seem to be weakening. Despite all the conflict, however, the plot moves slowly. Lillie forges a friendship with her quirky neighbor, Miss Frances Willard (a real-life lecturer, suffragist, and president of the Women's Christian Temperance Union). Miss Willard reflects, "In 1877, I spoke in Boston to five thousand people.... A woman who has taught the freshman class at Northwestern University can't be frightened of anything." Readers may be fascinated at some of the beliefs of the period (e.g., Susan B. Anthony is cited as stating that the bicycle "will do more to bring women the vote than anything else could"; a boy quotes his father's opinion that Miss Willard will get "bicycle hands" and consequently "won't be able to hold a thing in either hand"). But although she gains confidence and poise, Lillie remains a bit colorless, eclipsed by her more compelling neighbor. Peck's () black-and-white illustrations clarify details about the period, especially the cumbersome fashions of the day. Ages 7-12.