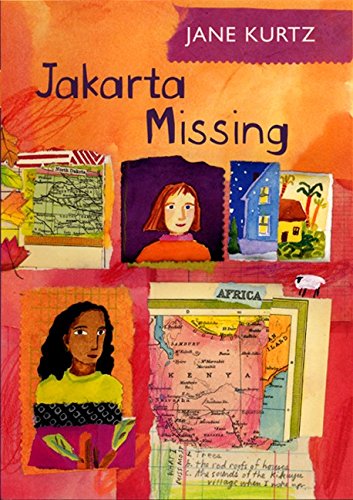 Ambitious and complex, Kurtz's () novel doesn't ultimately succeed, but offers a heady blend of universally relevant insight and an appreciation of the exotic. Raised in Africa, 12-year-old Dakar comes "home" with her parents to spend a year or two in North Dakota. She misses her older sister, Jakarta, who has insisted on staying behind at boarding school, and who has always been the leader. Her fears about her new environment are made all the more painful by her father's disdain for fear—not even an elephant attack scares him. Bookish in a way entirely credible for a shy, expatriate child, Dakar thinks about literary and biblical characters and wishes she, too, could fashion her own quest. "What would Odysseus do?" she asks herself at one point. Kurtz captivates when describing Africa, be it the grace of the wilderness or the chaos of "Nairobbery," as Dakar calls it, and she astutely conjures adolescent dialogue and thoughts. But she overloads her plot. Jakarta is forced to join the family after her school is bombed; shortly after her return, their mom goes off to nurse a long-lost aunt (who doesn't have a telephone); and, without consulting his still-absent wife, their father rushes off to Guatemala to work with earthquake victims (no phones there, either), leaving his daughters alone for weeks. Multiple subplots involve a girls' basketball team, a painful family secret and a cook at Dakar's school who talks in aphorisms. Even with its solid beginning, the novel simply cannot sustain so much activity. Ages 10-up.