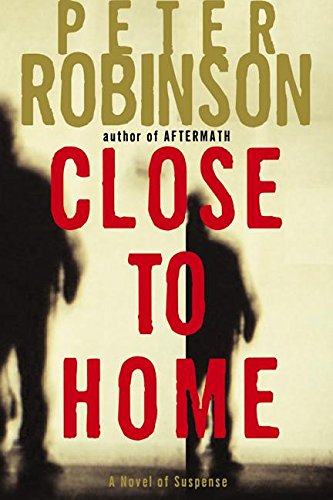 In this 12th novel to feature Det. Chief Insp. Alan Banks, the brooding Yorkshire policeman is called back to England from holiday when someone discovers the remains of his old childhood friend Graham Marshall, who disappeared from their hometown in 1965. It's a journey back to Banks's own past and the provincial town of Peterborough, where he assists Michelle Hart, a local detective, on the case. He's also advising his colleague (and former lover) Annie Cabbot as she investigates the more recent disappearance of another teenager: Luke Armitage, the introverted, intellectual son of a British rock star who committed suicide when Luke was a baby. Like P.D. James, Robinson works on a large, intricately detailed canvas (sometimes detailed—even the minor figures get at least a thumbnail sketch). The plot is richly complex, with lots of forensic science, a fair bit of English criminal history (the Kray brothers, legendary '60s-era London East End gangsters, make an appearance) and some internecine police department feuds. There's a fair amount of action and lots of suspense; someone doesn't want Hart or Banks to pursue the decades-old case, and Cabbot has her hands full with a plethora of unsavory suspects in the Armitage case. Along the way, Robinson probes more abstract ideas: the illusory nature of nostalgia; the dark, secret lives of small towns; middle age; and the oft-lamented challenges of going home again. This satisfying and subtle police procedural has a little bit of everything.