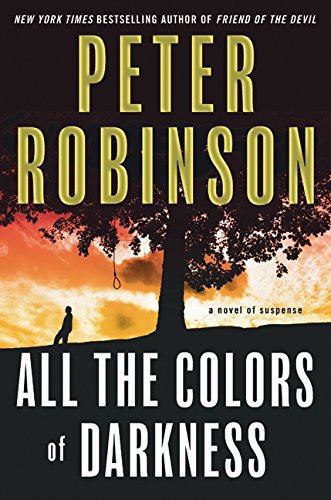 All the Colors of Darkness

As much spy thriller as crime story, bestseller Robinson's solid 18th DCI Alan Banks novel (after ) finds the Yorkshire copper trying to unravel a murder-suicide with potential ties to national security. While Banks is on holiday, Det. Insp. Annie Cabbot is called to the woods outside Eastvale, where a hanged man—soon identified as Mark Hardcastle, the local theater's set designer—is discovered in a tree. What looks like a simple suicide takes an unexpected turn when the badly beaten body of Hardcastle's boyfriend, Laurence Silber, is found in Silber's posh home. Banks, who returns to assist in the investigation, uncovers Silber's past life as a spy in MI6, which makes Banks doubt the prevailing theory that Hardcastle murdered Silber and then hanged himself. Robinson deftly integrates the requisite espionage elements with his regular cast. The unexpected cliffhanger will assure readers that this chapter in Banks's life is far from over.