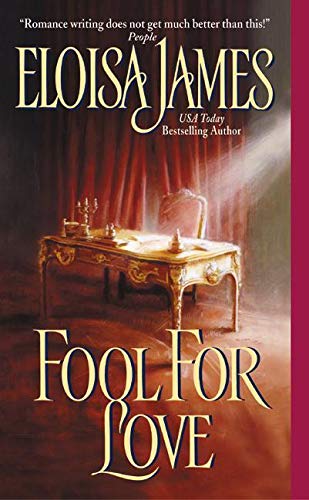 Eschewing the formulas and character types found in many romances, this pert Regency pairs a dandified urbanite and a disabled heiress, which makes for some frank, funny exchanges. No one could accuse the lace-loving Simon Darby of being an alpha male cliché. His penchant for modish clothing and fine filigree has led Londoners to label him an "exquisite," but his dashing good looks don't impress Lady Henrietta Maclellan... much. A beauty with a slight limp and a refreshingly forthright manner, Henrietta longs for marriage and children, but believes her weak hip precludes her from both. When she meets Simon and the two youngsters under his care, however, Henrietta vows to seize what she wants even if it means stirring up a scandal. Her partner in crime is the lovably flawed Esme Rawlings, who appears in James's previous book, . Together, the two trap Simon into marrying Henrietta, but once they're wed, they must deal with the tricky problem of consummating their union without conceiving a child—no easy feat considering the times. Meanwhile, Esme deals with guilt over her husband's death and the arrival of an old flame. At times, Esme's plight threatens to eclipse Henrietta's, but both story lines are intriguing in their own right. Though Simon is less compelling than the heroes from James's previous books, this spry story will seduce readers with its wily wit and distinctive characters.