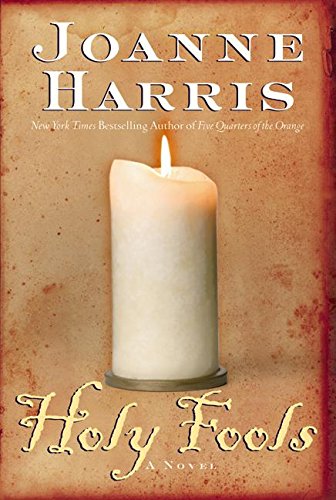 "Love not often, but forever" is an adage with dangerous implications for Juliette, a gypsy acrobat in 17th-century France who strives to balance her wild yearnings with her hard-won wisdom in this passionate novel from the author of and . Harris gave hints in the latter novel of a darker sensibility, and she fully indulges that inclination here, broodingly exploring the mechanics of mass hysteria and the clash between the desires of the flesh and spiritual cravings. Juliette's involving narration alternates with the amoral reflections of her rogue lover, Guy LeMerle, the Blackbird ("He lived on perpetual credit and never went to church"). LeMerle is the leader of Juliette's troupe, which is disbanded after a clash with a town's authorities; at the same time, LeMerle abandons the pregnant Juliette, who is persecuted as a witch. Five years later, Juliette, now called Soeur Auguste, and her daughter, Fleur, have found refuge at the Abbey of Sainte-Marie-de-la-mer on the Brittany coast. Then LeMerle arrives at the abbey disguised as Father Confessor to the newly appointed abbess, Isabelle, a preternaturally severe girl of 12 whose uncle happens to be LeMerle's nemesis, the bishop of Évreux. Isabelle causes Fleur to be removed from the abbey, and while Juliette struggles to get her back, LeMerle manipulates the nuns into believing Satan has their convent in thrall, in a complicated plot to revenge himself on the bishop. This fictional cassoulet suggests Aldous Huxley's nonfiction work , with "demonically" possessed nuns caught in a web of sexual repression and political and religious oppression during an era of upheaval in France. Harris adds spicy characterizations, tart dark humor and seductively pungent prose, and poses some provocative questions: can 65 nuns be so easily misled? why does Juliette find herself drawn to such a selfish man? The title supplies an answer with almost unholy glee.