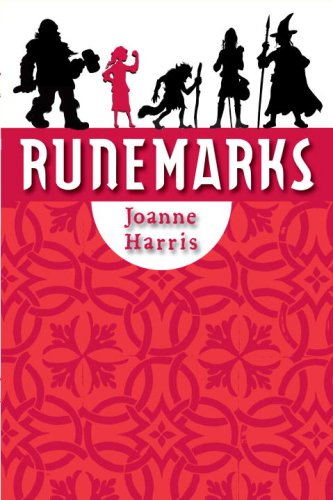 In Norse myth the whole world ended with Ragnarók, the last battle, at which the gods were defeated and after which eternal winter descended. In her highly successful first children’s novel, however, the author of the bestselling tells readers what happened next. The supposed end of all things is now centuries past and the Middle World is ruled by the Order, a repressive theocracy reminiscent of the Magisterium in Philip Pullman’s . Maddy, born with a rune of power on her hand, is deeply unpopular in her backwoods village. Thorny and imaginative, she is believed to be a witch by the locals who would have cast her out long ago if she didn’t have a convenient talent for controlling the goblins that infest their cellars. Such creatures are thick in the village because of its proximity to Red Horse Hill, a place of ancient power. Then Maddy’s life is transformed when she meets first One-Eye, a mysterious traveler who agrees to train her in the ways of Faërie, and then Lucky, the trickster captain of the goblins under the hill. Throughout, Harris demonstrates a knack for moving seamlessly between the serious and the comic, and her lengthy book moves swiftly. Playing fast and loose with Norse mythology, she creates a glorious and complex world replete with rune-basedmagical spells, bickering gods, exciting adventures and difficult moral issues. Maddy’s destiny, readers realize, is to remake the world, but to succeed she must first remake herself into someone worthy of that fate. Ages 10-up.