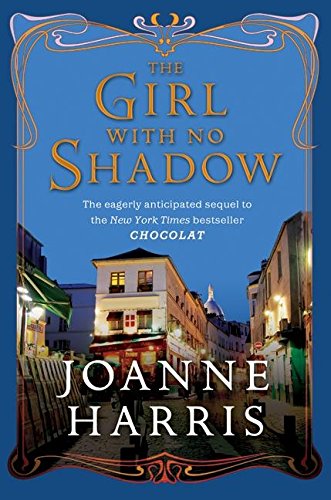 The Girl with No Shadow

Harris revisits characters from 1999’s bestselling in this equally delectable modern fairy tale. More than four years have passed since Vianne Rocher pitted her enchanted chocolate confections against the local clergy’s interpretation of Lent in smalltown France; since then, Vianne has renounced magic, changed her name to Yanne Charbonneau and moved with her two daughters to Paris’s Montmartre district. There, Yanne embraces conformity and safety, much to the dismay of her increasingly troubled older daughter, Anouk. When Anouk becomes entranced with Zozie de l’Alba, an exotic itinerant who happens upon a job at the new shop, and the relationship grows increasingly sinister, Yanne must call up all of Vianne’s powers, culinary and mystical, to save her family. Harris again structures the narrative (told in alternate chapters by Zozie, Yanne and Anouk) around a liturgical season (in this case Advent). Harris gives fans much to savor in this multilayered novel, from the descriptions (including Yanne’s mouthwatering chocolate confections, Zozie’s whimsical footwear and Anouk’s artistic efforts) to the novel’s classic, enduring theme of good vs. evil—and the difficulty of telling the difference.