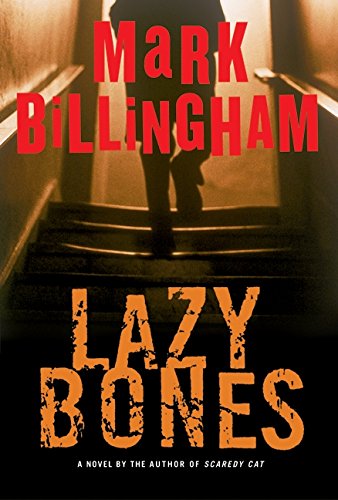 Fans of public television's various BBC programs would do well to tune into this third in Billingham's series ( ; ) featuring Detective Inspector Tom Thorne and his fellow officers of the London Metropolitan Police Service. After the body of a strangled and sexually violated male is found in a seedy hotel room, Thorne quickly learns that the victim was a convicted rapist. When a second recently released rapist is discovered in the same condition, Thorne believes he has a serial revenge killer on his hands. While some of his fellow policemen feel that the victims deserved their fate, Thorne's commitment to justice remains unfailing. Another murder follows, this time of a pornographer whom the detectives link to the other dead men. Billingham does not delve as deeply into either Thorne's personal issues or those of the other policemen as he did in his last book; the detective's dark brooding on the nature of death is replaced here by a healthier, less obsessive introspection. It's a wise move, making Thorne a more accessible character. He still has problems with women and commitment, and his father is still struggling with Alzheimer's, but Thorne has lightened up enough to get himself a girlfriend (though that doesn't work out quite the way he thought it would, to put it mildly). The structure is much like that of the other books, with the anonymous killer alternating chapters with Thorne and his partners until all of them come together in a shocking climax. This is a mature, intelligent novel by a writer who's as thoughtful as his main character, and the series grows better with each new addition. .