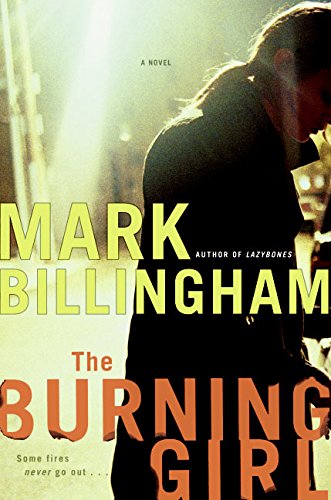 The engrossing fourth novel by British TV writer Billingham to feature London police detective Tom Thorne (after 2004's ) has a solid, traditional structure and plot, and a whiff of noir sensibility. Thorne is the solid reliable cop whom witnesses trust and colleagues appreciate. Of late, he's taken in his temporarily homeless pal, pathologist Phil Hendricks, and Billingham has fun with this odd couple (Phil is gay, messy and heavily pierced; Thorne is a Lucinda Williams–loving neatnik). Thorne's also willing to help out another friend—prickly, middle-aged ex-DCI Carol Chamberlain—who's uncovered new evidence about a case from the 1980s in which a schoolgirl was set on fire. Moral complexity clouds the picture: the man wrongly imprisoned for that heinous act is a career criminal; empathetic Thorne drifts into an affair with a key witness. A second case, equally complex, involves the murder of a Turkish video store owner, which proves to be just one of an alarming series of killings whose pattern Thorne must determine. Billingham delivers an edgy, ambitious novel with an excellent cast—just as BBC America's offers a character-driven alternative to the current spate of forensics-heavy American TV police procedurals—and Morrow's betting on this one, with its hardcover-at-a-paperback-price, to break him out big.