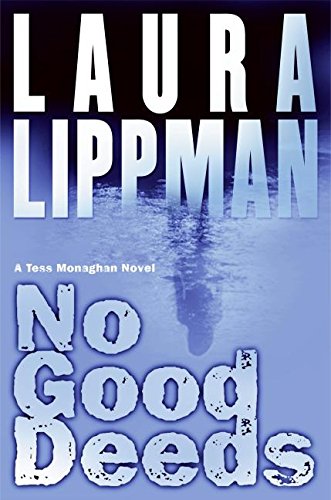 Smartly plotted and paced, Lippman's ninth Tess Monaghan novel (after ) opens with a somewhat unlikely scenario: Tess's boyfriend, Edgar "Crow" Ransome, brings home for the night a homeless teenager, Lloyd, who slashed Crow's tires outside a Baltimore soup kitchen. When PI Tess discovers that Lloyd has information regarding the recent murder of Assistant U.S. Attorney Gregory Youssef, Tess gives his story, sans name, to the local paper, so the authorities will get it secondhand. After a crony of Lloyd's is murdered instead of Lloyd, Tess receives her first visit from a sinister trio of law enforcement agents avid to know her source. Crow flees with Lloyd while Tess suffers growing pressure, including the threat of federal jail time. Baltimore itself is the book's most compelling character, its uneasy mix of aspiration and decay perfectly suited to Lippman's ironic voice. Crow is the book's weakest link; even a late revelation about his motives fails to make his sudden paternalism toward Lloyd believable. Happily, Lippman's loyal fans won't mind.