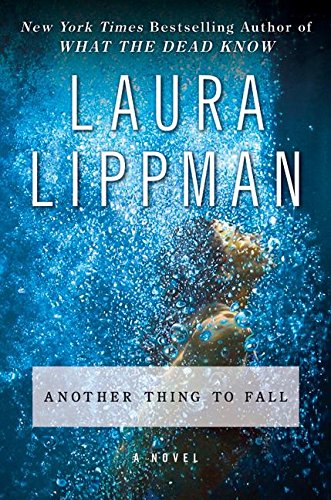 Another Thing to Fall

Hollywood comes to Baltimore in bestseller Lippman's assured 10th PI Tess Monaghan caper (after 2006's ). When Tess literally stumbles onto the set of , a big-budget TV miniseries shooting in her neighborhood, she finds herself hired as a bodyguard for Selene Waites, the show's 20-year-old hard-partying star. Flip Tumulty—the show's writer and son of a Baltimore-born Hollywood mogul—tells Tess the set has been plagued by vandalism and he fears for Selene's safety. Tess soon uncovers unsettling photos of Selene and learns they were taken by Wilbur Grace, a stalker who later hanged himself. When one of the crew members is murdered, Tess suspects someone may be trying to shut down more than the TV production. While the excitement level may not match that of other recent entries in the series, fans will appreciate the author's usual authentic local color and intricate plotting.