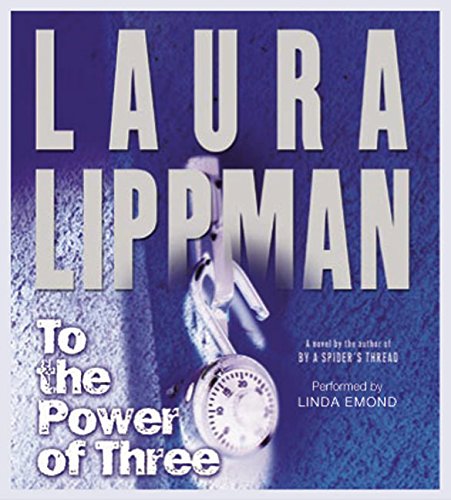 To the Power of Three

The trouble with writing the Tess Monaghan mysteries is that fans want more, more, more. Lippman scored big with her 2003 stand-alone, , but this one doesn't pack the same punch. Here's Baltimore—outlying Glendale, anyway. Here are two terrific cops: Sgt. Harold Lenhardt, the family man, and his partner, Kevin Infante, who dates babes. But where's a woman to inspire and worry us, as Tess does? Lippman's latest teems with female characters, but none whose POV elicits strong emotion. Since third grade, three girls have been best friends: rich, pretty Kat Hartigan, athletic Josie Patel and dramatic Perri Kahn. Now high school seniors, they've come to a gruesome end in the girls' bathroom. Kat is dead. Perri, the presumptive shooter, is missing half her face. Josie has a bullet in her left foot. She alone can talk, and it's clear to Lenhardt that she's lying. Lippman zigzags her way to the moment of truth. Some of the scenes are wonderfully well told, and Lippman, as always, neatly skewers people in power (the school principal tells a 911 dispatcher, "I wouldn't characterize it so much as a school shooting... but as a shooting at the school"). But this novel doesn't so much rise above genre as make one miss it. .