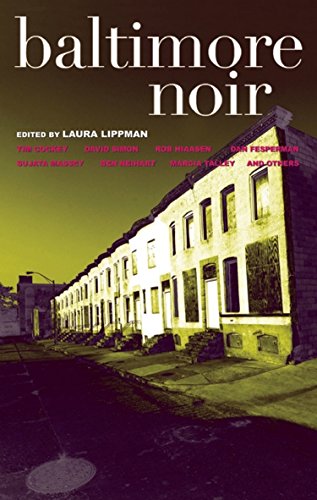 Mystery fans should relish this taste of Baltimore's seamier side, the eighth volume in Akashic's series showcasing dark tales of crime and place ( , etc.). Editor Lippman offers both a fine introduction and the lead story ("Easy as A-B-C"), which is one of the anthology's best. Half of the 16 contributors have connections to the , including David Simon of fame, whose "Stainless Steel" is a noir gem. Baltimore (aka "Bulletmore, Murderland") is a diverse city, and the stories reflect everything from its old row houses and suburban mansions to its beloved Orioles and harbor areas. There's dark humor in Dan Fesperman's "As Seen on TV," as well as in Tim Cockey's noir ghost story, "The Haunting of Slink Ridgely." Charlie Stella's mob story, "Ode to the O's," is brutally direct, while Ben Neihart's "Frog Cycle" offers a futuristic take on the high-tech industries springing up in place of factories. Other contributors include Marcia Talley, Jim Fusilli and Sujata Massey.