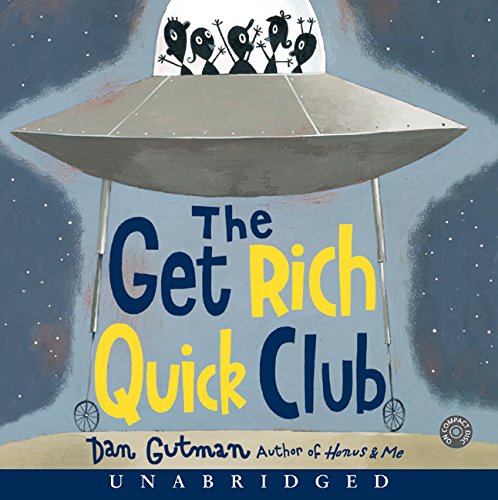 THE GET RICH QUICK CLUB

With an even-keeled delivery and good sense of humor, Goethals becomes 11-year-old Gina Tumolo, a girl who loves money—she dreams of it, longs for it—and is not ashamed to admit it. With the goal of becoming a millionaire by the time she's a teenager, ambitious Gina moves swiftly into action, forming the Get Rich Quick Club. The five kid members (including a perky girl from Australia armed with an arsenal of colorful idioms), each with his or her own quirky "talent," make a pact to pile up the cash by summer's end.Hatching an account of a UFO sighting, replete with photos, is the first attention-getting, and potentially lucrative, step. Goethals does a commendable job with the character voices (including Australian Quincy) and maintains the lightheartedness that suffuses the comic, outlandish plot points. Listeners will have just as much fun hearing how the scheme unravels as they did during the build-up. Ages 8-12.