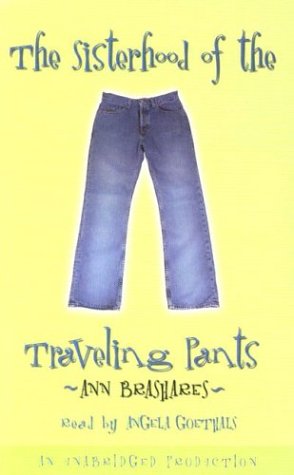 THE SISTERHOOD OF THE TRAVELING PANTS

A pair of jeans purchased at a thrift store is the unlikely bond that keeps four best friends emotionally connected during the first summer that they spend physically apart. This clever (if initially hokey-sounding) premise sets the course for four intertwined, compelling coming-of-age stories. Carmen doesn't think much of the pants she buys for $3.49, until she and her pals discover their magical quality. The jeans—which fit each girl perfectly despite their very different body types—serve as a surrogate friend for Tibby, Carmen, Lena and Bridget as they wrestle with new issues of first love, jealousy, fear and sadness in the months before their junior year of high school. Each girl has a turn with the pants, then sends them on to the next person in the rotation; by summer's end, when the friends are reunited, the jeans will be the symbol of what the girls have experienced. Goethals sounds every bit the teenager here, but her sometimes halting reading never quite captures the crackle of Brashares's writing style. In Goethals's command, the author's snappy asides and retorts occasionally sound cumbersome rather than humorous or biting, as they were intended. Many teen girls will likely take these shortcomings in stride and get lost in a story that speaks to them. Ages 12-up.