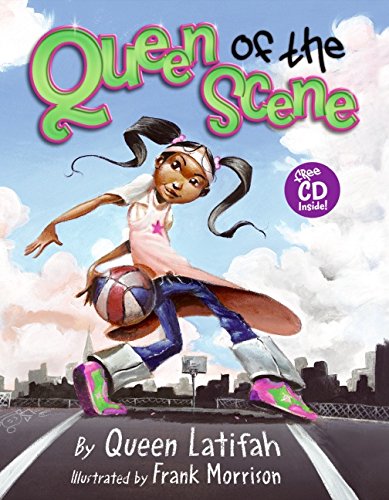 Queen of the Scene

Actress and rap artist Latifah makes the picture-book scene with a sassy debut project starring a gal so full of self-esteem that it unfortunately borders on cockiness. The young female narrator wastes no time talking up her prowess on the playground: "I'm queen of the scene./ Baby, I'm a star!/ I make games look easier/ Than they are." She shows off her talents in just about every playtime pursuit and, in the end, seems to encourage readers to be confident and to release their own inner queen. But the worthy message, clouded by some forced rhymes and a couple of puzzling stanzas, may be lost on young readers. Save for the parting lines, the tale reads more like the litany of a braggart than an inspirational ditty, with no real story line. Taking things up a notch, Morrison's ( ) bold signature acrylics, which place the exaggerated protagonist front-and-center in every spread, capture the rhythm of the text and the energy of the action. His image of an urban neighborhood rings true—litter, graffiti, vibrant kids and all. CD recording (cited on the cover) not heard by . Ages 3-8.