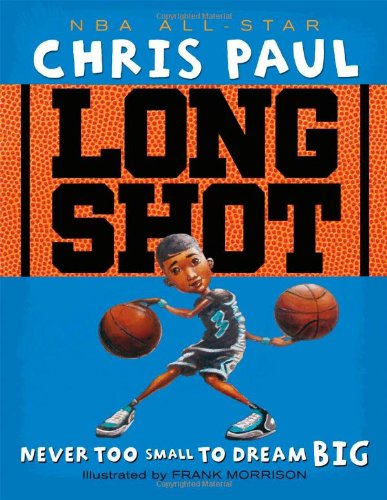 Paul, star guard for the New Orleans Hornets, recalls how through hard work and sheer grit, he overcame being one of the shortest kids in school (“The ball is bigger than you,” teases his big brother) to win a coveted place on the basketball team. The off-court text is mainly standard-issue motivational: Mom reminds Chris to have a balanced sense of priorities and to “Just do the best you can with the gifts you have,” while Chris's grandfather, Papa Chilly, advises, “Work harder than everyone else on the court and your size won't matter.” But when the action concentrates on basketball, the writing soars almost as high as Morrison's ( ) acrylic pictures, and that's saying a lot. All of Morrison's visual signatures—the off-kilter fluidity, exaggerated dimensionality and cinematic sense of composition—make him a slam-dunk for the subject matter. The spreads exude a raucous energy and genuine empathy. Ages 4–8.