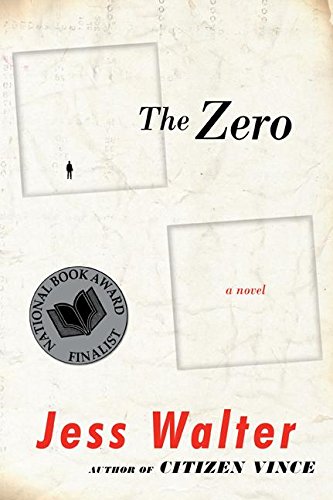 A deliriously mordant political satire, Walter's follow-up to 2005's critically acclaimed begins moments after New York City cop Brian Remy shoots himself in the head. He isn't seriously wounded, and he can't remember doing it. It's less than a week after 9/11, and Brian serves as an official guide for celebrities who want a tour of "The Zero." With stitches still in his scalp, Brian is tapped for a job with the Documentation Department, a shadowy subagency of the Office of Liberty and Recovery, which is charged with scrutinizing every confetti scrap of paper blown across the city when the towers fell. As he learns the truth about his new employer's mission (think: recent NSA-related headlines) and becomes enmeshed in a sinister government plot, he finds an unseemly benefactor in "The Boss," the unnamed mayor who cashes in on his sudden national prominence. Meanwhile, Brian's cop and firemen colleagues shill for "First Responder" cereal, his rebellious teenage son acts as if Brian died in the attack and the president provides comic background sound bites ("draw your strength from the collective courage and resilientness"). Walter's Helleresque take on a traumatic time may be too much too soon for some, but he carries off his dark and hilarious narrative with a grandly grotesque imagination.