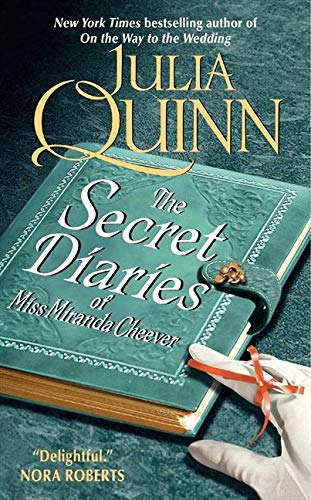 uinn's first title since 1999 not to feature the Bridgerton clan ( ), this Regency concerns Miranda Cheever, who fell in love with the aristocratic Nigel Bevelstoke, Viscount Turner, when she was 10 and he 19. Now 20, and still in love, Miranda's designs are thwarted by the indiscretions of Nigel's late wife—heartbroken, Nigel isn't willing to risk another shot at love, even if it means hurting his close friend Miranda. Quinn's pitch-perfect humor remains intact, but her latest relies too much on romance conventions, including Miranda's scholarly but benignly neglectful father; an even more overused device involves Turner's hot-and-cold feelings toward Miranda, which reduce the heroine to tears more than once. However, the two make a lovable couple, and Miranda in particular shines, as do Turner's two siblings in strong secondary roles. Though a bit stale, this well-written, often funny and occasionally tender romance has much to enjoy.