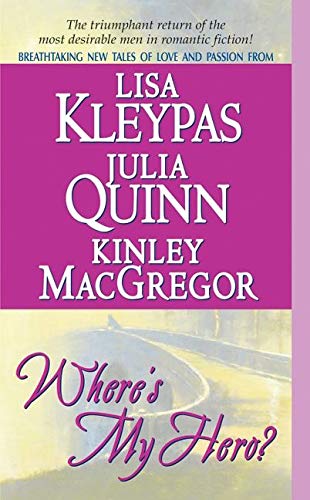 Unlike some romance anthologies, this refreshing volume is more a tribute to the authors' fans than a marketing tool. That isn't to say that the book won't be a major money-making machine for Avon—it will—but that the authors have listened to their readers and here revisit their most asked-about supporting characters. In "Against the Odds," Kleypas focuses on roguish Jake Linley, who first appeared in the Regency-era . Both the daring doctor and his math-minded counterpart, Lydia Craven, hold appeal, but their sudden avowal of love two days before Lydia's wedding to another man feels forced and far-fetched. The affection that springs between spunky Scotswoman Lady Kenna and Simon of Ravenswood, a knight from MacGregor's , in "Midsummer's Knight" rings true despite the author's occasionally overwrought prose. The best entry in this collection, however, is Quinn's bright and breezy Regency-era romance between dashing Ned Blydon (from ) and down-to-earth Charlotte Thornton, his fiancée's sister. With its airy prose and sparkling wit, Quinn's "A Tale of Two Sisters" is a small gem in an anthology that, while inconsistent in quality and setting, never fails to entertain.