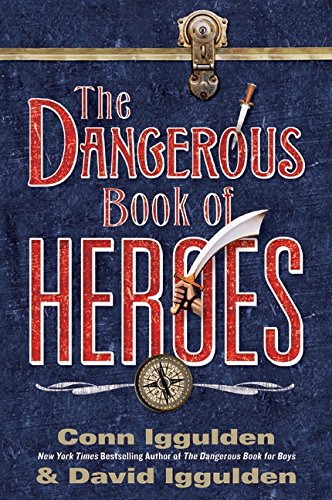 The Dangerous Book of Heroes

In this off-key collection of biographical sketches, the authors of the bestselling Dangerous Book for Boys series stumble over the limitations of retro puerility as a worldview. A few Americans, like George Washington and Martin Luther King Jr., and heroines, including Florence Nightingale and Helen Keller, appear in their pantheon, but the Igguldens embrace the sensibilities of a daydreaming Edwardian lad by focusing on soldiers and explorers of the British Empire. Some of these—Horatio Nelson, Antarctic martyr Robert Scott—seem wholly admirable, but in others the boisterous lust for adventure is accompanied by brutality and perversity. The authors dutifully note Sir Richard Burton's mind-expanding encounters with Indian prostitutes. They balance Oliver Cromwell's massacres of Irish Catholics with his achievement in decapitating royal absolutism, and offset 17th-century buccaneer Henry Morgan's town burning and church pillaging against his role in building the British Empire. As they struggle to explain their protagonists' misdeeds, the Igguldens' commitment to historical complexity undercuts their celebration of boyish dangerousness. This awkward mix of genuine uplift, moral ambiguity, and imperial nostalgia will confuse as much as it inspires. B&w line drawings.