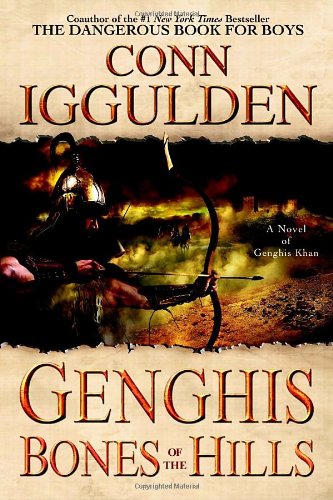 Genghis: Bones of the Hills

The exciting third novel in Iggulden's Genghis Khan series tells the dramatic story of the Mongol invasion and conquest of Central Asia. Genghis has already defeated the Chinese and Koreans, and now marches his vast army west to punish and conquer the Muslim lands of central Asia ruled by Shah Mohammed. For eight years the Mongols ravage the shah's empire, crushing armies, destroying cities and slaughtering anyone who resists. Iggulden's vivid descriptions of bloody battles, masterful sieges and political intrigue are gripping, showcasing Genghis's brilliance as a strategist, tactician, administrator and leader. Side plots include the deadly rivalry between two of Genghis's sons, the rape and murder of Genghis's sister by a trusted adviser, the surprising rise of the shah's son as a capable enemy and the treachery of Genghis's son toward his father. This is epic historical fiction at its finest: exciting, suspenseful, colorful and well-grounded in fact. With this tale, it is easy to see why the name Genghis is synonymous with conquest and military genius.