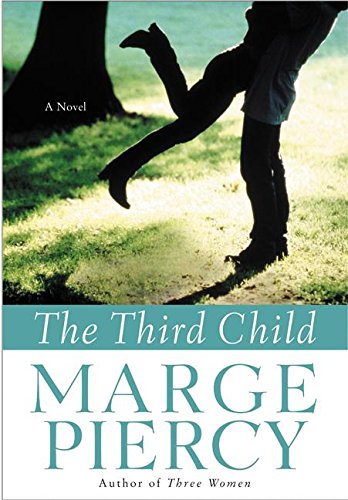 A privileged, lonely 19-year-old takes refuge in a doomed love affair in this 16th novel by Piercy ( etc.), a biting, contemporary take on and an acidic commentary on Washington political culture. Melissa Dickinson is the neglected, needy third child of Republican senator Dick Dickinson and his cold, scheming wife, Rosemary. In her first year at Wesleyan, she meets Blake Ackerman, a classmate who is both dark-skinned and Jewish, qualities sure to distress her parents. Melissa is ripe for the attention Blake lavishes on her after he discovers that she is Dick Dickinson's daughter. He tells Melissa he's the adopted son of Si and Nadine Ackerman, liberal criminal lawyers whose defense of death row cases has been a thorn in Dickinson's side for years, but doesn't immediately inform her that he's also the mixed-race son of Toussaint Parker, a convicted "cop-killer" whose execution Dickinson, a former Pennsylvania governor, failed to stay. They fall into an intensely symbiotic relationship fueled by sexual compatibility ("Sometimes she felt as if they were rooting, digging through each other's bodies trying to sink deeper and deeper within") as well as by Melissa's resentment of her emotionally inaccessible family ("she had wanted to punish them for their long disregard of her") and Blake's desire for vengeance, which includes hacking into Melissa's parents' computer to find evidence that might destroy "King Richard's" career, but ends up destroying much more. Piercy's explosive resolution is rather abrupt and over the top, but it affirms that the most treacherous traps are those set by ignorance and innocence.