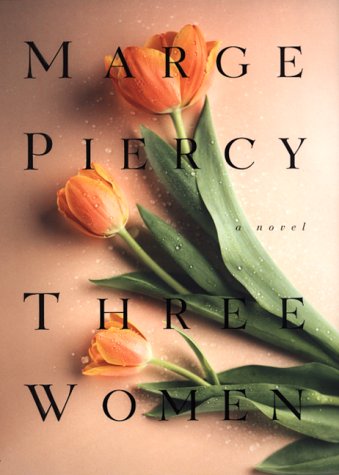 Prolific novelist (The Longings of Women) and poet Piercy once more depicts the travails of single, independent women in a multigenerational story that manages to cover most of the feminist issues of the late 20th century. The three protagonists are Beverly Blume, feminist and civil rights activist; Beverly's daughter, no-nonsense Boston attorney Suzanne; and Suzanne's daughter, the beautiful, misguided Elena. A vigorous New Yorker, 72-year-old Beverly has always put political activism before motherhood. Now crippled by a stroke, she is faced with the humiliating prospect of moving in with the daughter she never had time for. Suzanne, at 49, is already coping with rebellious, troubled Elena, who has returned to live at home after being fired from her job. Suzanne is also worried about her younger daughter, Rachel, who is in Israel studying to become a rabbi. Meanwhile, she is embarking on her first relationship in 12 years, after Jake, a sexy environmental activist she has been flirting with on the Internet, appears in the flesh. Though Suzanne's is the primary voice, the story is told from the perspectives of the other women as well. Elena's past is the most dramatic, marked by drug use, a tragic high school experience and a series of obsessive relationships with the wrong men. As the narrative progresses, the three achieve a new intimacy that is put to the test when a second stroke further incapacitates Beverly. Suzanne and Elena must decide whether to acquiesce to Beverly's anguished pleas for them to help her end her life. Piercy keeps the plot humming with issues of motherhood, Judaism, generational tensions, sexuality, and independence. Her pacing is confident, as usual, and she interweaves the three narrative threads with aplomb. Apart from Jake, who remains an elusive sketch, Piercy's insight into her characters' emotional lives is an accurate reflection of intergenerational tensions. 5-city author tour. (Oct.)
close
Details