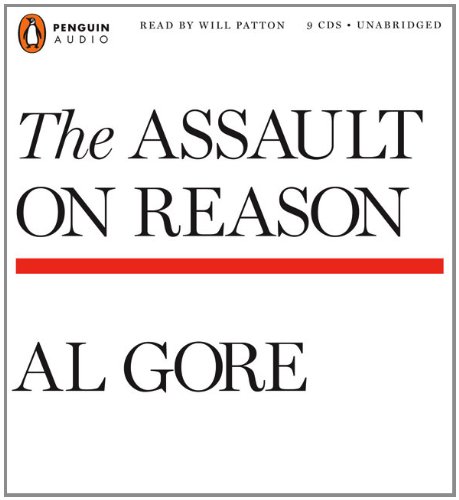 The Assault on Reason

As scathing as it is meticulous, Gore's treatise on reason juggernauts its way through the Bush administration, never even needing to include the controversial nature of Bush's presidential elections. He identifies the growing concentration of power in the executive branch virtually ignored by mainstream media. Drawing on the great political philosophers of history and his lengthy career in government, Gore contends that the loss of a genuine public forum in the age of radio and television has led to the decay of democracy. He delivers a serious critique of the United States tempered by hope and faith in the restoration of checks and balances. The articulated venom of Gore's words can be heard in Patton's voice as he narrates. He reads with an intensity that makes this already engaging prose compelling. Patton maintains a distinct smooth and edgy voice, but maintains a cadence that reminds listeners of Gore's own speaking mannerisms. In quoting historical figures, Patton's voice is distinct but not haughty or pompous. The combination of Patton's performance and Gore's words make this an impressive audiobook.