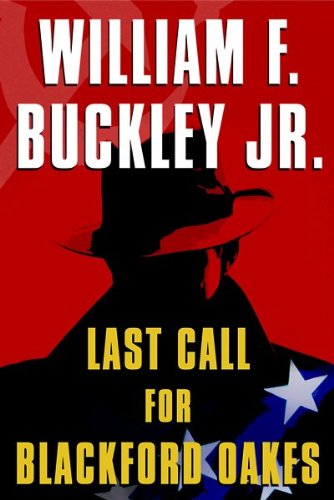 Master spy Blackford Oakes hies to Russia to thwart yet another assassination plot against Soviet Communist Party chief Mikhail Gorbachev in Buckley's 11th Cold War intrigue starring the aging but still intrepid CIA agent. Back in the U.S.S.R., he's introduced to attractive, 40-year-old Moscow urologist Ursina Chadinov by his former partner Gus Windels, a CIA agent–cum public affairs officer with the United States diplomatic legation. Immediately smitten by Ursina, Oakes asks her to marry him, but their romance takes a backseat once Oakes encounters Andrei Fyodorovich Martins, aka his old nemesis, spy and defector Kim Philby. The plot to assassinate Gorbachev soon resolves itself, shifting the suspense to the battle between the two master spies. The struggle quickly goes awry for Oakes, who must then make tough, life-altering decisions. As always, Buckley imparts erudite sidebars about American history, literature and his famous acquaintances as he spins a lively, entertaining tale. Readers with a longstanding attachment to Blackford Oakes will be saddened by the novel's culmination, telegraphed by the title, but Buckley hints in the acknowledgments that the spy may "rise again" under the supervision of his researcher for this book, Jaime Sneider.