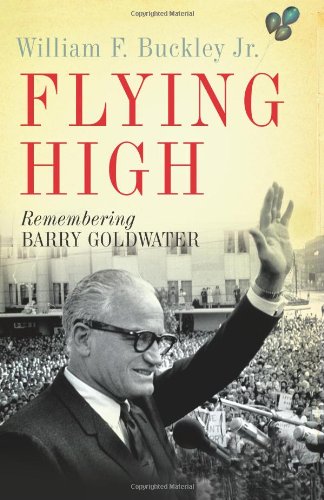 This is the journeyman Bill Buckley. Part memoir, part political history and part reportage, sparkles with joie de vivre and syntactical expertise, giving lively accounts of Nikita Khrushchev’s historic—and theatrical—visit to the United States, the 1960 Republican convention and fallout, and ’s heady first years. Readers are made privy to Buckley’s behind-closed-doors meetings with other right-wing mavens as they debate the John Birch Society, commission Buckley’s brother-in-law, Brent Bozell, to ghostwrite and attempt to propel its putative author Goldwater into political office—only to find themselves dramatically excluded from the 1964 campaign. Although the book’s scattered time line is slightly jarring (Buckley jumps between the 1964 campaign and affectionate memories of Goldwater), that does not detract from this book’s modest and utterly satisfying pleasures.