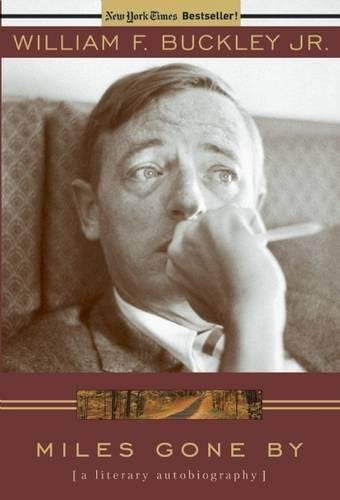 MILES GONE BY: A Literary Autobiography

The conservative writer and host has published so many millions of words in five decades of polemics and public musing that amassing a sort of autobiography required little more than sandwiching a selection of 50 essays between a brief preface and epilogue. The extracts range in subject from his silver-spoon boyhood and boarding-school days to the lives and deaths of the many prominent people he has known. Fame came early, with Buckley's 1951 , excerpted here, which lambasted liberal bias at elite American colleges. (Far superior, though, is the sparkling memoir of his war-veteran class of 1950 at Yale.) An instant darling of conservatives who needed a spirited new voice, Buckley founded the , whose writers became the core of his widening circle of influential acquaintances. While sailing, touring and media punditry take up much of the collection, the most memorable pieces are about such offbeat friends as the tragic Whittaker Chambers. Nevertheless, some portraits are merely laudatory epitaphs. Approaching 80, Buckley notes that his sporting days are about over, but "[s]o to speak, I can still ski on a keyboard." Like skiing, his keyboard has its ups and downs. B&w photos.