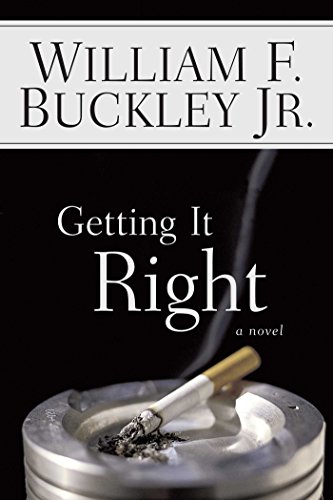 Author, columnist and founder Buckley offers a sentimental bildungsroman about a young man's initiation into the mid-century American conservative movement. In 1956, a 19-year-old Mormon missionary, Woodroe Raynor, is assigned to fieldwork in Austria, near the Hungarian border. He loses his virginity to a Hungarian woman and is wounded as he watches Russian tanks quell the Hungarian uprising. The bullet wound is nothing, however, compared to the psychic pain of learning that his paramour is a Communist sympathizer. Woodroe later attends Princeton and begins working for the John Birch Society. He has a love affair with an Ayn Rand acolyte, leading to some heady epistolary debates about whether Rand or Birch Society founder Robert Welch is better prepared to eradicate Communism. Rand is unmasked (yet again) as a sexually and intellectually manipulative egomaniac, and the wisdom of the and its staff is affirmed regularly. Vivid historical passages about the Cuban missile crisis and the Kennedy assassination, as well as cameo appearances by John Dos Passos and Alan Greenspan, are a welcome diversion from the mostly stilted prose (a sex scene between Rand and a lover is described this way: "Today her lover was being welcomed with synaesthetical concern for all the senses.... But as he lay and later groaned with writhing and release, he brought the full force of his mind to transmuted, voluptarian elation in this physical union..."). Between the self-congratulatory tone and the flat characters, the novel will appeal primarily to Buckley's devoted fans.