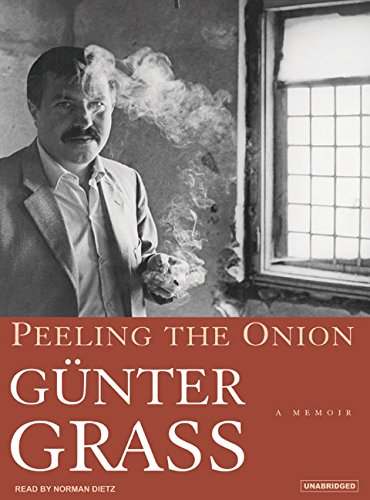 Peeling the Onion: A Memoir

Grass’s memoir of his wartime activity, including the scandalous revelation that he had served in the notorious Waffen SS as a teenager, is shocking enough. Given the heated division between Grass partisans who passionately defend the Nobel Prize–winning novelist and Grass-haters who see him as the embodiment of moral hypocrisy, any reading of his latest work needs little in the way of amplification or hoopla. Good news for Grass, then, that Norman Dietz has been hired to read his memoir. As per usual, Dietz reads with smooth efficiency and understated authority. His voice untouched by masculine bluster, Dietz has a pleasingly idiosyncratic tone, more favorite uncle than television announcer—to his credit. A legend (at least to audiobook listeners), Dietz is a name that offers the assurance of skill without grandstanding. On passionately fraught ground, inflamed by the still unhealed wounds of WWII, Dietz delivers once more. He may not be able to put out the fires Grass’s memoir has set, but his work allows readers to appreciate it or castigate it on its own merits.