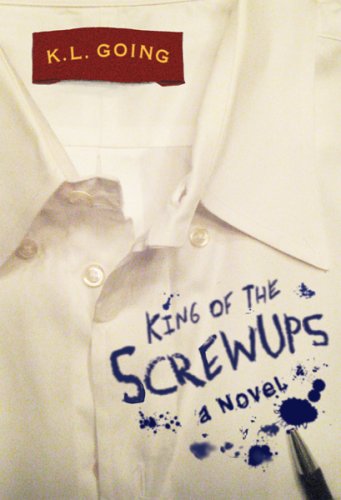 King of the Screwups

Liam Geller's mother is a retired supermodel, his father a high-powered CEO. Liam, 17, is a world-class ne'er-do-well. He breaks the camel's back when he's caught in flagrante delicto with a girl on his father's office desk and gets kicked out of the house. Liam's softhearted mother arranges for him to move in with her husband's estranged brother, Pete, a cross-dressing deejay who lives “in a broken-down trailer park in the middle of nowhere,” per Liam's father. To regain his father's approval, Liam tries to lose his “Mr. Popularity” rep and reinvent himself as studious and nerdy (he even joins the audio-visual club), but he can't hide his charm. Darleen, a hostile classmate Liam tries to befriend, sees right through him. “You'll do what you do, which, if I'm guessing correctly, is to be wildly and naturally popular.” Going's latest (after ) is full of comic moments featuring “Aunt” Pete's glam-rock band buddies and Liam's relentless blunders, as well as his uncommon fashion expertise (“You're like a fashion Einstein,” gushes one of Pete's friends). Readers—screwups or not—will empathize as Liam, utterly likable despite his faults, learns to be himself. Ages 12–up.