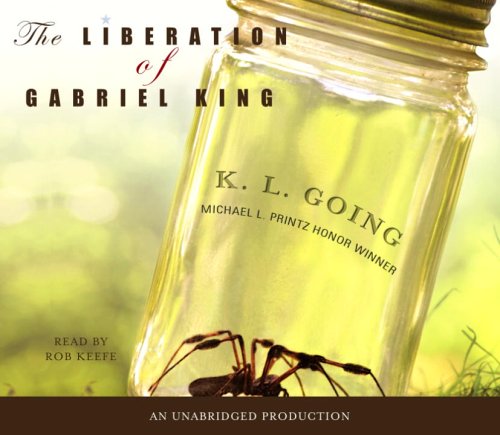 Using shades of a southern drawl, Keefe effortlessly slips into the character of Gabriel King, a boy who's fearful of just about everything, especially fifth grade (and the older bullies who await him)—exactly where he's headed after the summer of 1976. Luckily, Gabe's spunky best friend, Frita Wilson, understands his situation and is determined to use the school break to help Gabe overcome his fears. But even though she doesn't seem a whit fearful, Frita, who's black, has big concerns of her own, including facing the prejudice against her in a town where the Ku Klux Klan is alive and well. Keefe captures the brisk pace of Going's story, and all the right notes of genuine childlike emotion, whether it's apprehension, disillusionment or the warmth of friendship. Issues of racism, tolerance, courage and what it really means to be a friend are skillfully woven into the tale, as is some historic background (such as mention of then-Governor Jimmy Carter). Ages 10-up.