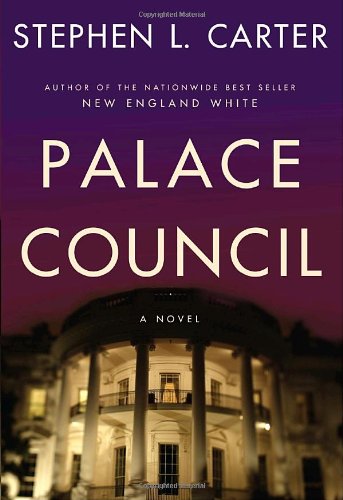 Spanning the years from 1954 to 1974, bestseller Carter's third novel, a subtle and intelligent page-turner, centers on the murder of a prominent white Wall Street attorney, Philmont Castle. After literally stumbling on Castle's garroted corpse in a Harlem park, Eddie Wesley, a young and ambitious African-American writer, is afraid to identify himself to the police. An inverted cross bearing a cryptic inscription clutched in the victim's hand intrigues Wesley enough for him to pursue a trail that leads to a shadowy group of conspirators known as the Palace Council. Aided by his on-again, off-again love interest, Aurelia Treene, Wesley also searches for his beloved sister, Junie, whose disappearance may be connected to Castle's death. Though aspects of the plot require more suspension of disbelief than in Carter's previous novels ( ; ), the rich characterization and elegant writing more than compensate.