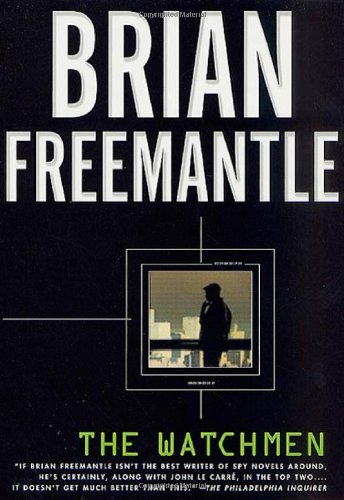 Freemantle, the prolific British espionage specialist best known for his Charlie Muffin series, always knows just how to kick a story into gear. Here, the problem is how to keep it going. The action unfolds with characteristic impact: a rocket, shot from a boat in New York harbor and carrying a deadly mix of anthrax and sarin, slams into the United Nations tower. The warhead fails to detonate and explosives experts identify the missile as Russian-made, yet the Kremlin steadfastly denies any knowledge of the terrorist attack and promises to cooperate fully in the investigation. That reunites William Cowley, the FBI's Moscow expert, and Dimitri Danilov, the head of Russia's Organized Crime Bureau. Over the next several weeks, similar attacks occur at the Washington Monument and the American Embassy in Moscow, and are attributed to a mysterious organization called the Watchmen. Traveling back and forth between the United States and Russia, Danilov and Cowley, assisted by fellow FBI agent and Cowley love interest Pamela Darnley, struggle to unmask the terrorists and identify their next target. The middle-aged Cowley and Danilov, who also appeared in Freemantle's , make for an impressive investigative team, yet they're a rather dour duo, lacking the nimble mind play and engaging personality of Muffin. Too much of the plot's punch gets lost in the minutiae of the chase, eventually grinding down to a sudden, unsatisfying ending, with Freemantle never adequately revealing what the terrorists are after.