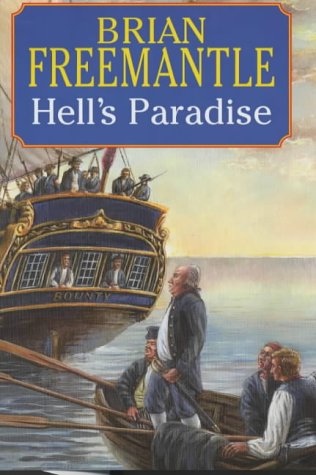 Numerous books and three popular motion pictures tell the story of the famous 1789 mutiny on the Royal Navy's HMS . Mystery and thriller writer Freemantle's contribution to the genre, first published in 1977 in the U.K., is more speculative and revisionist in its approach than most. The novel covers 19 years—from the mutiny in 1789 in the South Pacific to Captain Bligh's downfall and disgrace in Australia in 1808. This is a tale of bitter conflict between two men, Capt. William Bligh and Lt. Fletcher Christian, and of the events that drove them to torment and destroy each other. While most of the historical events and people in the book are accurately and colorfully portrayed, Freemantle (; the Charlie Muffin series) takes great license with the characters of both men, weaving a remarkable tale of guilt, shame, jealousy and revenge. The fictional focus is on why the mutiny occurred in the first place, but the melodramatic conclusion is limp and unconvincing. Still, Freemantle creates plenty of excitement with his sharp narrative of the mutiny, the 3,600-mile open-boat voyage of Bligh and his loyal crewmen, the mutineers' voyage to their final sanctuary on remote Pitcairn Island and the court-martials and hangings of captured mutineers. Also included are the ups and downs of Bligh's political and naval career after the mutiny. Freemantle is certainly a talented writer, and this effort shows great promise until the disappointing ending, but it cannot top the forever popular Bounty trilogy written by Charles Nordoff and James N. Hall in 1932–1934.