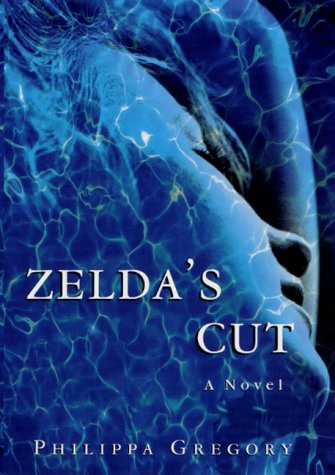 Masquerading as a trashy novelist may solve English writer Isobel Latimer's financial problems, but it also plunges her into a full-fledged identity crisis in Gregory's flighty, overplotted novel. Isobel needs money to support her ailing husband, Philip, and his newfound interest in pool building, so when her agent, Troy Cartwright, informs her that her literary novels are earning less and less, she tells him, ""If they won't pay me to write good books, then I'll just have to write bad."" She and Troy invent the persona of Zelda Vere, a heavily made-up, well-dressed blonde bombshell, the opposite of 52-year-old country matron Isobel. Zelda's ""survivor fiction,"" The Devil's Disciple, is a major hit that earns Isobel all the money she could ever need, but she finds herself increasingly caught between superego and id, between an unfulfilling loyal marriage and sexual experimentation with Troy. When Isobel sets off on her book tour with Troy, Gregory's plot takes an exotic and erotic turn, depicting a world of cross-dressing, cocaine and champagne. Returning to her home in Kent, Isobel finds Philip miraculously recovered and expending all his energy on the construction of an expensive new pool. Philip has also decided to invest (with Isobel's money) in the handsome pool man's business. Backstabbers reveal themselves, to no one's surprise, and Isobel's deliberations--should she stay or should she go?--are prolonged until an abrupt, bewildering denouement puts a stop to the runaway narrative. Gregory, a popular writer of historical fiction (Earthly Joys, etc.), knows whereof she speaks when she describes television interviews and book deals, though the over-the-top fantasy she spins from the details may test readers' patience. (Jan. 16)
close
Details