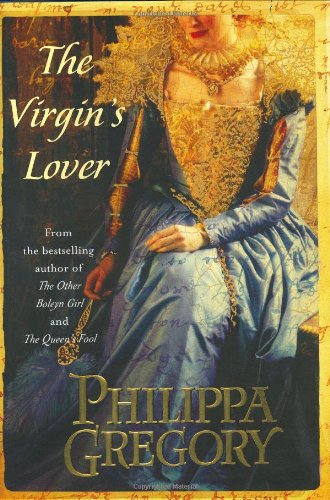 Bestseller Gregory captivates again with this expertly crafted historical about the beautiful young Virgin Queen, portrayed as a narcissistic, neurotic home-wrecker. As in her previous novels about Tudor England ( , etc.), Gregory amasses a wealth of colorful period detail to depict the shaky first days of Elizabeth I's reign. The year is 1558, an especially dangerous time for the nation: no bishop will coronate Henry VIII's Protestant daughter, the treasury is bankrupt, the army is unpaid and demoralized. Meanwhile, the French are occupying Scotland and threatening to install "that woman"—Mary, Queen of Scots—on the throne. Ignoring the matrimonial advice of pragmatic Secretary of State William Cecil, the 25-year-old Elizabeth persists in stringing along Europe's most eligible bachelors, including King Philip of Spain and the Hapsburg archduke Ferdinand. It's no secret why: she's fallen for her "dark, saturnine" master of horse, Sir Robert Dudley, whose traitorous family history and marriage to the privately Catholic Amy make him an unsuitable consort. Gregory deftly depicts this love triangle as both larger than life and all too familiar; all three characters are sympathetic without being likable, particularly the arch-mistress Elizabeth, who pouts, throws tantrums, connives and betrays with queenly impunity. After a while the plot stagnates, as the lovers flaunt their emotions in the face of repetitious arguments from Amy, Cecil and various other scandalized members of the court. But readers addicted to Gregory's intelligent, well-researched tales of intrigue and romance will be enthralled, right down to the teasingly tragic ending.