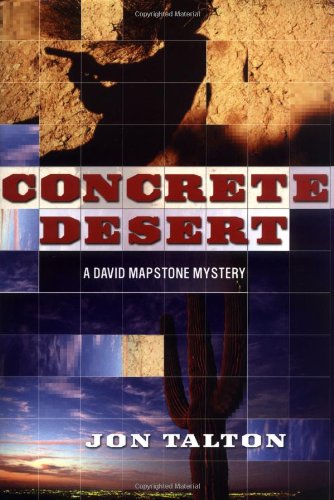 One good thing you can say about this pedestrian-plotted, cliché-ridden debut is that the narrator, Phoenix-born cop turned college history teacher David Mapstone, knows an interesting historical anecdote when he hears one. Tales of the rise of Phoenix, Ariz., from provincial city (with a small-town feel) to blighted metropolis are the best parts of the book. Unfortunately, Talton's familiarity with the city's history is no compensation for his over-familiarity with the conventions of the mystery novel. After being denied tenure for his resistance to "non-linearity," Mapstone returns to the Phoenix force as a consultant on long-unsolved cases. His latest assignment is the 40-year-old discovery of a young woman strangled in the desert. Her death matches a series of such murders that occurred at the time. Legend has it these were the work of the unseen, unapprehended "Creeper," whose nefarious deeds ceased as mysteriously as they began. Was the woman a victim of Phoenix's first serial killer? Mapstone's investigation is interrupted by the appearance of an old flame, his first true love. She appeals to him to help find her sister, who has disappeared. Need we add that the two cases wend their way to homicide? Talton is a competent writer. His idea of a historian-detective investigating old cases is an excellent one, and his historical anecdotes are genuinely interesting. But the plotting and the characters are just too—historical.