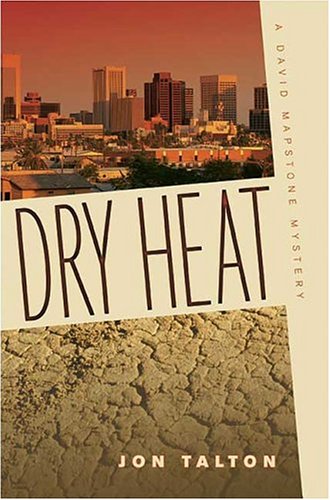 Talton avoids the excessive carnage and high body count that too often mar otherwise competently handled crime novels in his compelling third mystery to feature the Phoenix deputy known as "The History Cop" (after and ). When an FBI badge turns up with the body of a homeless man found facedown in a swimming pool, Mapstone recalls the story of John Pilgrim, the only FBI agent ever murdered in Arizona. Although the unsolved slaying occurred in 1948, the gang suspected of Pilgrim's shooting death is still operating. When Mapstone's police officer wife, Lindsey, obtains proof of their guilt in Pilgrim's murder, she becomes their next target. And so the heat is on—and it's mostly on Mapstone, who proves a resourceful and intelligent protagonist. Taut prose helps tighten the screws, and the winning, sensitive portrayal of the Mapstones—both of them a relief after too many hard-nosed PIs who are all gristle and no brain—lends credibility to the noirish narrative. While Talton breaks no new ground, he knows all the angles and plays them for maximum impact.