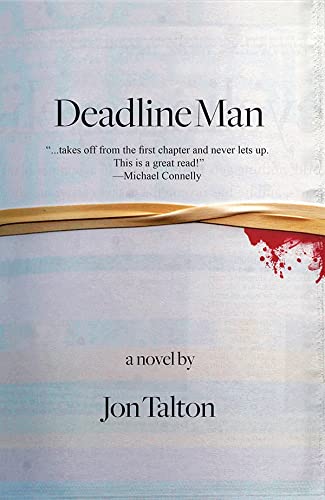 Talton ( ) brings his journalism expertise to this fine mystery narrated by an unnamed columnist for a Seattle newspaper. Shortly after “the columnist” has a routine meeting with sometime source and heavy-hitting hedge fund manager Troy Hardesty at the man's downtown office, Troy falls 20 stories to his death on the street below. Back at the columnist's office, the paper's managers announce the company will be sold or closed in 60 days. Despite the uproar, the columnist is more concerned with juggling his three lovers than his future—until he's accosted by a streetwalker who shouts,“Eleven-eleven!” Later, sinister men claiming to be “federal officers” ask the columnist what Troy told him at their meeting. The columnist joins forces with Amber Burke, a cub reporter who wants to prove herself with a big story, in an effort to find out what's really going on. Well-rounded characters and a lightning-paced plot raise this well above the average global conspiracy story.