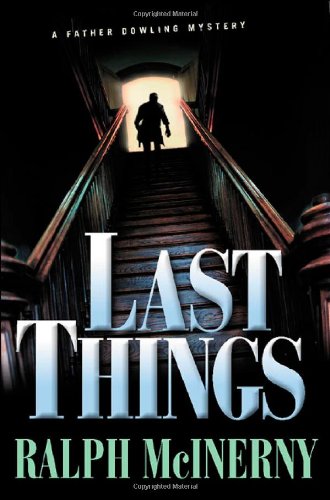 Father Dowling's 22nd absorbing outing (after 2002's ) from the prolific McInerny is guaranteed to mystify. Ill with prostate cancer, Fulvio Bernardo, patriarch of a wealthy and influential Chicago-area family, despairs of his three children. Raymond, the eldest, was ordained a priest and was the great white hope of St. Edmund's College until he took off for California with a nun and the nun's order's car and credit card. Daughter Jessica is an author with a contract for a novel of which the lightly disguised subject is her own family. Younger son Andrew is an English professor at St. Edmund's; enter Horst Cassirer, a brilliant Ph.D. who has recently joined the department and wants tenure immediately. But his fellow professors, despite his high reputation as a researcher, find him deficient as a teacher and colleague and reject his bid. Following the deaths of Fulvio and Raymond's Edmundite mentor comes the requisite third tragedy: Cassirer's battered body is found lying in the street. Suspects abound and the suspense builds until the final chapter, when Father Dowling has a flash of inspiration. The plot moves crisply on the wings of believable dialogue among the multitude of well-drawn college-town characters. As always, McInerny explains just enough about Catholicism to make non-Catholic readers feel at home.