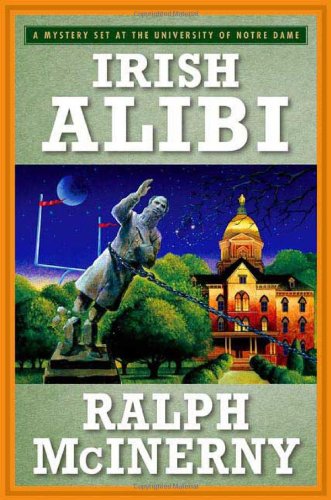 Notre Dame faces its football rival Georgia Tech, and the campus is packed, but there's plenty of action off the field in McInerny's rollicking 11th collegiate mystery (after 2006's ). Roger Knight, a professor of Catholic studies, and his PI brother, Philip, are ready for the onslaught of alums from both schools, but not for the events that call up the revival of Southern distaste for Notre Dame's position during the Civil War. Before the weekend is over, two students seeking revenge for the South have committed a prank that could lead to their expulsion, and their alibi makes them prime suspects when a woman is found murdered in a local motel. Naturally, Roger and Philip take the case. The wit and wisdom of the two brothers and vivid descriptions of the Notre Dame campus enhance a twisty plot that will delight McInerny's devoted fans.