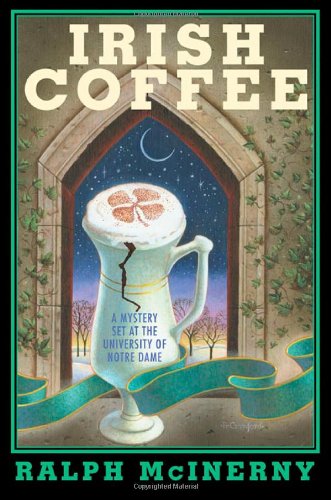 In McInerny's seventh pleasant page-turner set at the University of Notre Dame (after 2002's ) featuring professor Roger Knight and his PI brother Philip, Fred Neville, assistant sports information director, yearns for a career in literature. (He even writes poetry when no one is looking.) When Fred dies mysteriously in bed, it comes out at his funeral service that he had another, more interesting, life: he was secretly engaged to at least two women, to the surprise and consternation of each. Suicide is initially suspected, but the coroner's discovery of strychnine in a cup containing the remains of coffee and bourbon points to murder. After one of the fiancées turns up dead in Fred's apartment, having drunk another poisoned Irish coffee, things start to get complicated. Snappy dialogue touched with humor propels the plot. Readers are unlikely to solve the puzzle, but will have a lot of fun trying.