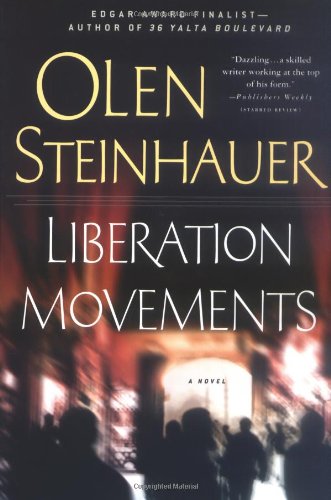 Steinhauer's dazzling fourth book in his series about various police and intelligence agents in an unnamed Communist-era Eastern European country gives a large role to Brano Sev, the seriously conflicted spy who starred in the previous entry, (2005). Sev sums up the new book's theme when he says to a younger subordinate, "Intelligence work is precisely what it says—it's about intelligence. We are not murderers." There's some irony here: we know that Sev has killed several people himself. But there's also an unexpected note of humanity, as Sev supervises the investigation by two junior agents of a murder in Russian-occupied Prague in 1968 that's later tied to a plane hijacked by Armenian terrorists on its way to Istanbul in 1975. Another new element is the Turkish capital, alive and yeasty compared to the drab, restricted home city of . And the emergence of a major female character—a homicide investigator looking for personal justice—shows how a skilled writer working at the top of his form can keep a series from faltering.