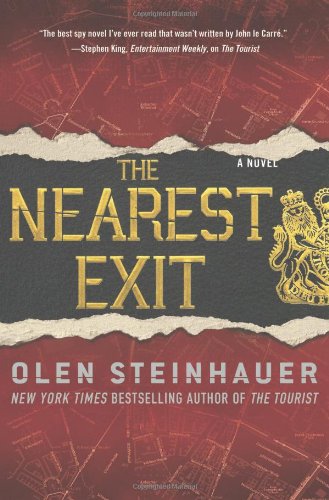 Milo Weaver, a former field agent with the CIA's clandestine Department of Tourism, returns to action after a stint in prison for alleged financial fraud in this intense sequel to . His handlers want Weaver to pursue a mole rumored to have infiltrated the CIA's black-ops department, but with his loyalty in question, he must first undergo some test missions, one of which is to kill the 15-year-old daughter of Moldovan immigrants now living in Berlin. Such a horrific assignment further weakens Weaver's already wavering enthusiasm for his secret life, and he becomes increasingly preoccupied with reconnecting with his estranged wife and child. When bombshell revelations rock Weaver's world, he vows to somehow put international intelligence work behind him. Can he do so without jeopardizing his and his family's safety? Steinhauer's adept characterization of a morally conflicted spy makes this an emotionally powerful read.