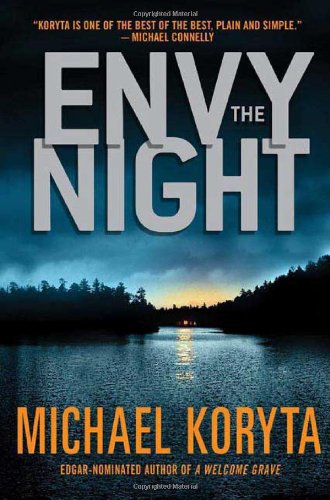 Revenge drives this superb stand-alone from Edgar-finalist Koryta ( ). Frank Temple II, a U.S. marshal, commits suicide after a tip leads to the exposure of his secret life as a hit man. Seven years later, Frank II's 24-year-old son, Frank Temple III, learns from an old Vietnam pal of his father's that the man who ratted out Frank II, Devin Matteson, is returning to Wisconsin from Florida. Temple heads to his father's cabin in remote Willow Flowage, Wis., to confront Matteson, who first recruited Frank II into the assassination game. Temple realizes that there's more at stake than his vendetta against Matteson, as he encounters a group of ruthless killers and joins forces with Nora Stafford, the owner of an auto repair shop. Koryta's dialogue is as sharp as the knives his characters wield, and his plot twists at the most unexpected moments. This thriller places Koryta solidly in the company of the genre's most powerful voices.